What is a modern photographer? 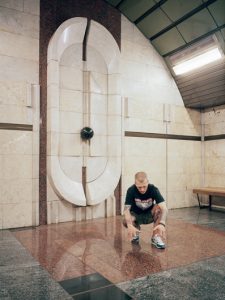 We are all photographers today, but with the proliferation of digital photography, her theory is not keeping pace with her practice. In their dialogue, the philosopher Mikhail Kurtov and the artist Yegor Rogalev are looking for a new theory of photography.

Egor Rogalev: Today we are faced with constant difficulties in the photographic description of post-Soviet reality, and indeed reality in general. There is a situation in which the medium and technology in its development and dissemination significantly overtake the possibilities of its own conscious and non-manipulative use.

Such a development of events was largely predicted – both at the theoretical level and in the works of artists. Here, an interesting example is Wolfgang Tillmans, who, by his method, actually anticipated, and possibly partially predetermined the development of the photographic medium. His images seemed to be created for circulation on Internet platforms, but the platforms themselves at that moment had not yet appeared or were just emerging.

An important feature of modern photography is that today it is isolated in a separate medium-specific area with its own market, curators, exhibitions and competitions. And this area at the same time fits and does not fit into the global context of contemporary art. It may seem to a person who is not familiar with the environment that the photographic scene functions according to very strange schemes: photo contests (often with paid participation), ritualized and also often paid portfolio review practices, etc. There are a number of economic and historical reasons why this selection and the closure of modern photography on itself took place. First of all, the practical use in the field of journalism, advertising and the fashion industry, which cannot but affect the content and its understanding, is heavily burdened with it.

The second reason is that the borders and trends of modern photography are formed from the outside with an eye to the already existing global and not tied to a particular medium, artistic experience. Or, which also happens quite often, are determined by an incomplete knowledge of this experience. And you can be in the field of contemporary art only by participating in its formation, that is, independently redefining and pushing its semantic boundaries.

The turn to a neutral look was due to the rejection of the naive belief in the ability to objectively describe reality using photographs.

It seems to me that these processes are recognized in some educational institutions, for example, in the Rodchenko school, where the movement from photographic specialization towards the combination of different visual practices is gradually taking place.

It is characteristic that at a certain stage, many photographers themselves cease to position themselves as such, preferring cumbersome definitions like “an artist who works with a photographic medium.” It is naive to believe that such a re-identification can automatically affect artistic practice. But all this creates the impression that photography as a kind of activity needs rehabilitation.

In this controversial situation, it’s just interesting for me to understand whether photography can now remain an adequate artistic method without the help of other disciplines. And here I am referring to a documentary photograph in its expanded and non-journalistic sense. A photograph that documents various states, objects, or authorial gestures.

Mikhail Kurtov: The problem is that documentary photography is the most minimalistic of all the arts: it is simply the art of pressing a button. Taking pictures means clicking on a conditional button and nothing more. But this movement of the finger collects on the plane all the things of the world. The merit of a person as an individual is small here – a photographic medium does everything for him. However, it remains not very clear how the worlds gathering on a plane differ from each other, that is, how a simple click on a button produces an artistic individuality – what you called “states” and “copyright gestures”.

I devoted one thought to this paradox, in which I compared the production of a photographic image with the alchemical opus and with the act of compiling a horoscope. Pre-European scholarship, it seems to me, is more adequate for resolving the “button problem” than modern philosophies of art (which, even when breaking with the subject, do not question the new European concepts of causality). Actually, this paradox is, in my opinion, the culprit of the strange position of photography in culture. Despite the fact that the modern world is not imaginable without photo art, it seems to be suffering from some kind of insufficiency and is constantly at the risk of becoming more impoverished – to become isolated within its own borders or dissolve into other media.