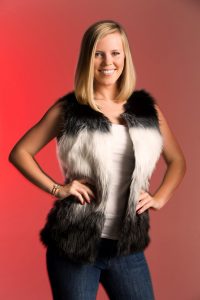 Extending the shutter speed creates a crisp, clear, well-lit background, while the subject itself is clearly visible, even if in the background there are luminous night streets of Las Vegas or a brightly lit interior. But this technique does not make it possible to add intentional motion blur to a static frame.

When you intentionally break the rules for taking “good photos” and lengthen the shutter speed to intentionally introduce blur, you can get interesting effects.

To begin, let’s look at the effect that this technique causes. It is based on the simple principle that flash and ambient light can be controlled separately in a single exposure. This only works due to the shutter speed.

The flash fires much faster than in 1/250 seconds. Its duration is so short that at shutter speeds of 1/250 or more, the shutter will always open longer than the duration of the flash.

The flash fires at a fixed intensity and changes duration when adjusting the power level. Thus, a flash of full power can fire for 1/1000 second, and at half power – for 1/2000 s. In each case, the flash turns on, switches to full power and turns off much faster than the time during which the camera shutter is open. All this means that adjusting the shutter speed does not affect the flash exposure while you are within the sync time. To change the flash, you must adjust the aperture or ISO. Changing the shutter speed of the flash will not affect.

Where is it used

You can use the shutter speed to create movement when shooting in the studio or outside, indoors or outdoors, in almost any situation where the background has some brightness and the subject is dimmed (or may be dimmed) so that ambient light does not get in directly to its foreground.

The ideal situation may be poor lighting in the background of the interior or the glow of the evening sky after sunset, but while there is still some light. It is preferable, of course, that the background be brighter, since this does not require the use of a very slow shutter speed and facilitates the process of balancing with the flash. For example, the aforementioned Vegas cityscape is the perfect backdrop for longer shutter speeds, as well as a window, white wall, or any other bright backdrop. The brighter the better.

Dragging the shutter effect in portrait photography
The image on the left has a bright background against which light falls. Without exposure to the flash, the subject is in shadow. The image on the right shows not only how the flash makes clear the details of the subject, but also how the hair and shoulders of the model become blurry as from movement, which undoubtedly adds an interesting effect to a simple shot

This technique requires a flash. It can be a camera flash or a studio all-in-one. The main thing is that you will not work with constant light, but with pulsed light, since a short flash duration is necessary for separate lighting control for the background and the main subject.

Indoors with a bright background

Start by choosing an exposure for the background, considering what you can get from a flash with the lowest possible ISO (say 100) and aperture size of the order of ƒ / 5.6. Then set the shutter speed in the range from 1/10 second to half a second, trying to get values ​​from 1/4 to 1/6. Such settings are suitable for a large number of lenses – from portraits to 150 mm. The blurring of borders created by natural movements when photographing with a camera in your hands will look quite acceptable with these shutter speeds. In the end, you need to slightly blur the edges of the object, and not get something so blurry that it destroys all the details in the picture.