HOW TO USE A TELECONverter 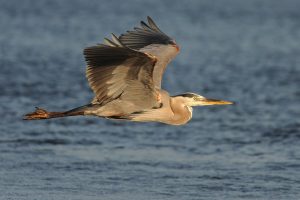 What is a teleconverter?

Tele-converter (English sec. TS) is an additional optical system that is fixed between the camera body and the main lens. The purpose of the teleconverter is to increase the effective focal length of the primary lens. TSs are characterized by a magnification factor that varies from 1.2x to 3.0x (the most common are 1.4x and 2.0x). For example, for a telephoto lens with a focal length of 300 mm f / 2.8, a 2.0x tele-converter will double the focal length and reduce the maximum aperture by two full stops, resulting in a focal length of 600 mm f / 5.6. Teleconverters have the same effect on the zoom lens – the entire zoom range will be increased, and the maximum aperture will be reduced. For example, a 1.4x TC turns a lens with a focal length of 70-200 mm / 2.8 into a lens with 98-280 mm / 4.0.

Teleconverter consists of several optical elements. Typically, the larger the magnification, the larger the physical size of the vehicle. Its optical design usually includes standard lenses without optical corrections, which leads to an increase in optical aberrations. Manufacturers try to minimize their influence by incorporating more complex lens elements, such as aspherical lenses, into the design of the vehicle.

How to use teleconverter

Teleconverters limit the use of extra-low dispersion lenses, in part because of potential compatibility issues with primary lenses. But sometimes manufacturers make vehicles specifically for one lens, and in such cases they can include any suitable elements of optical lenses. One such known case is the NIKKOR AF-S TC800-1.25E ED teleconverter, which was specially developed for the exotic Nikon 800mm f / 5.6E FL ED VR lens, and because of this, the TC800-1.25E ED teleconverter cannot be purchased separately, as other conventional teleconverters.

Each lens manufacturer also produces teleconverters, the most common models with multiples of 1.4x and 2.0x. Some manufacturers produce teleconverters with different multiples, but their use and effectiveness can vary greatly depending on the lens. For example, Nikon and Hasselblad produce 1.7x teleconverters, Kinko create TS with much greater multiplicity of 3.0x.

Unfortunately, teleconverters have a rather strong influence on the lens performance both in terms of overall sharpness and in terms of autofocus speed, so you need to be very careful when choosing a device with a magnification of more than 1.4x. To get closer to the subject, it is sometimes better to crop the image in post-processing than to do the same with the tele-converter.

However, there are exceptions: some macro lenses, such as the Nikon 105mm f / 2.8G VR, work pretty well with Nikon teleconverters. It is important to note that, with very few exceptions, vehicles manufactured by one manufacturer are designed to work only with lenses of the same manufacturer.

How to use teleconverter

Using a vehicle with zoom lenses

Teleconverters generally work much better with super telephoto lenses than with zoom lenses.

There are several reasons for this:

Zoom lenses are slower than normal lenses, i.e. they get less light for the camera’s autofocus system. As a result, this affects both the overall autofocus speed and its accuracy. Tele-converters can significantly reduce the maximum aperture of the lens, and even completely disable the autofocus capabilities of the camera.
It is very difficult to optimize the zoom lens for uniform operation at all focal lengths, which when adding a tele-converter makes the sharpness uneven and unstable throughout the entire zoom range.
With the increase in the number of lenses moving in groups during scaling, lens decentration and other optical problems become even more obvious.
However, there are times when teleconverters work well with zoom lenses. For example, it is known that the Nikon 70-200mm f / 2.8G VR II works well with the TC-14E ​​II / III, very well with the TC-17E II, and if someone is ready to stop on the f / 8 band, then even TC- 20E III can be a very useful combination.